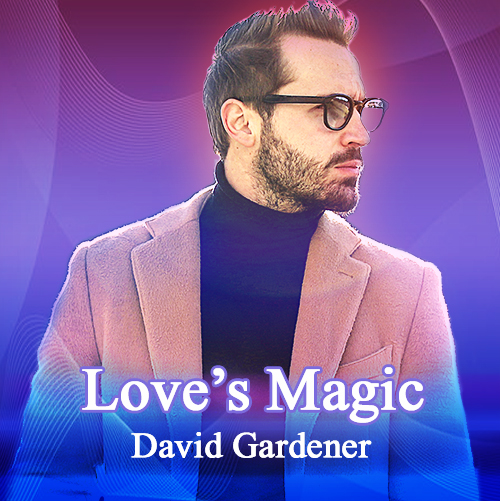 David Gardener found Love’s Magic late in life. Until then he stepped through his journey in an emotional daze, living by rules laid down by others and building his self-image around his career success as a University of Virginia Professor. His insecurities, developed in childhood through a cold, critical father, made faith in himself  hard to find. The kind of happiness offered by the incredibly handsome Associate Producer, Nathaniel Reese, seemed a hope beyond anything he deserved.

David was a man pursued by demons. His father’s critical voice echoed in his ears even years after the man’s death. But day by day Nate’s voice gently coaxed David forward, assuring him not only of his love but of David’s worthiness to be loved. David still struggled to find the self-acceptance he needed in order to release his fears. But Nate’s voice was now the guiding force in his life and David followed that voice toward the love and healing he now knows he deserves.

The years after David’s divorce were devoted to his career. The satisfaction he took from the success of his teaching strategies had helped distract him from the emptiness inside. But meeting Nate shone a bright light onto that emptiness making it impossible to ignore. Working up the courage to tell Nate exactly how he felt required months of soul-searching and reaching deep inside to find previously undiscovered courage. But when Nate agreed to move to Virginia as his partner David knew it was worth any struggle.

Nate saw in David the inner strength and steady, solid reliability he yearned to put at the center of his life, and their partnership proved to be everything Nate had hoped for. He excelled in the academic environment David provided and loved the slow, graceful rhythm of the life they shared. Both men were incredibly happy until Nate was attacked on the Tog in a brutal on-campus assault.

Nate coped with his trauma by joining an activist group devoted to changing university policy on such attacks, a group David is reluctant to support. Fearful that Nate’s activism will endanger his hard-won position as an Associate Professor at the university, he withdraws, refusing to participate in ‘End Assault’s’ upcoming Rally. Traumatized by how close he came to losing the only real happiness he’d ever known, David couldn’t bear any reminder of Nate’s attack and ‘End Assault’ makes it the central issue of their lives. Afraid of appearing weak in Nate’s eyes, David foolishly hides his real feelings which only serves to widen the gap between the two men until their once-idyllic life teeters on the brink of complete destruction.