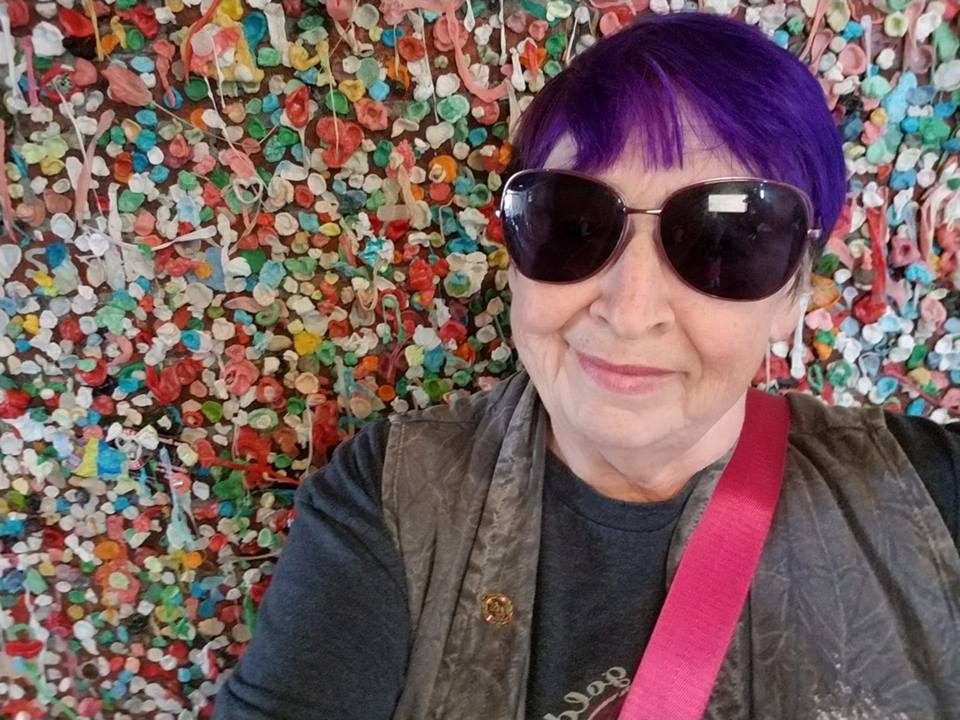 I’m a straight woman who writes gay romance. I’ve been writing it almost since I was able to write. I was writing it before I knew what a homosexual was or what they did. I wasn’t writing sex scenes. I was writing love scenes. Because that’s what I write about. Love.

I had not one fucking clue what guys did in bed together. Trust me, as young as I was when I first began fantasizing about men loving men I didn’t have one fucking clue what ANYONE did in bed together, male/male, female/female/ male/female or any other combination you could imagine. I was an ignorant country girl who knew nothing about sex. I just know I loved the idea of two guys loving each other.

Fast forward to the days after I discovered that I wasn’t the only one who felt this way… (See my previous post ‘The Longest Journey’) … the days when I first began writing slash fan fiction. At that time I wrote in the toughest slash fiction genre in existance. I wrote RPF slash.

For anyone who doesn’t know, RPF slash means writing ‘real person’ slash. Slash fiction where the characters are real, living human beings. For reference simply type ‘J2 slash’ into Google and you’ll have forty-seven trillion examples of what I mean.

In those days writing RPF was frowned upon, even by other writers of slash fiction and the small group of us who wrote in that genre labored under the distinct impression that we were the proverbial red-headed stepchild. We were told in no uncertain terms that we were an embarrassment to the rest of the slash writing community. We were encouraged to both hide our heads in shame and hide our stories in dark corners where no decent writer of slash fiction would ever have to look at them. My response to their ravings was to say ‘fuck you!’ and go on writing my stories.

Dealing with all of this crap was a huge pain in the butt back then, particularly in the Lord of the Rings slash fandom. When the movies first came out, focus on the male actors was damn near obsessive and the RPF slash writers who wrote them were under constant attack for doing so. At one point I even received a death-threat.

Dealing with all this left me very little time or emotional energy left to consider whether or not I should be writing gay fiction as a straight woman. I just wrote it and in the beginning I confess that I wrote it poorly. In the beginning my characters weren’t all that believable. And I feel sure that if anyone possessing real knowledge of what two men do in bed together had read my early slash stories, they would have immediately run off in search of an insulin injection. The men in my stories were femmy and unrealistic. The sex scenes… ditto.

I was still an ignorant farm girl who didn’t know what she was doing and knew even less about the reality of M/M relationships. I doubt if I’d ever, to my knowledge, actually met a gay man. All I knew was what I loved. And even back then I stove with every fiber of my being to value the love in my stories above sex… important though it is and as much as I love writing it.

But I was also smart enough to realize how little I knew about the reality of MM relationships and I because I loved writing gay romance and because I loved my characters and wanted them to be as good as I could possibly make them, I went in search of the truth… or at least what truth was available back then.

I was fortunate, because there was a wonderful, amazing, gay man named Minotaur. He attended every slash fiction conference out there (not many at the time) and offered panels specifically designed to teach writers of slash fiction the reality of MM relationships, particularly when it comes to what happens in bed.

His blog (which is STILL up and available) discussed every single aspect of male/male sex complete with illustrations. He has a HUGE question and answer section which provides information on every aspect of the M/M sexual relationship. Here is one example:

I was wondering, when I guy has sex the first time and he’s on the bottom, how much would it hurt when the other man enters him? Would it tear skin, cause bleeding at all? Who would get the orgasm first, the one on top or bottom? I suppose top, but…

If he’s comfortable, and turned on, and relaxed, he may feel no pain at all. If he’s tense, or nervous, or conflicted about the act, he may feel too much pain to complete the act.

As for the orgasm, there’s no way to tell who will pop first. It depends on what’s going on. Is the bottom enjoying himself? Is the top prone to pop quickly, or can he last all night? Too many factors to predict with any accuracy

His answers were straight-forward, blunt, graphic, to the point, and pulled no punches. He was over-the-top about the importance of safe sex and spoke of it constantly. He was a mentor to every slash writer of my generation and his website is STILL one of the most valuable resources a writer of gay romance can find.

So I make no apologies for being a straight woman writing gay romance. I had a great mentor, and one of the main things he taught me was to never close my mind to any situation that develops between two human beings no matter what their gender or sexual orientation.

Sadly, Minotaur died in 2009 of a massive heart attack, but his wisdom and journal lives on in perpetuity. I feel sure that slash writers and gay romance writers STILL visit his website. I also feel sure that any writer of gay fiction who goes to Minotaur’s website will learn something valuable about their genre and be a better writer for having visited. I’m just grateful that he was around when I first started to write slash fiction.

What I love most about him is that he valued the women who were trying to articulate their love of gay romance and gay fiction. He valued us enough to become our teacher and to be certain we had all the knowledge we needed in order to write our genre with truth and authority.

I still miss him. I still value him. I still feel grateful to him. And I still honor him for taking all of us under his wing.

Go visit Minotaur’s Website! You’ll be glad you did.

Want sneak peeks at new Janice Jarrell projects? How about deleted scenes, alternate endings, early drafts, book release details, and exclusive giveaways? Join our VIP group, Red Hot Gay Romance, for a behind the scenes look at all of this and more!