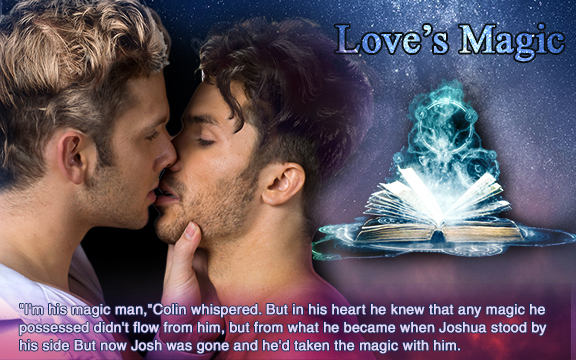 Especially now, in an age when a man nominated to the Supreme Court is accused of sexual assault by more than one woman, Love’s Magic speaks with a resounding voice about these issues that affected so many of us… including me…. and that will CONTINUE to affect us, particularly in the age of Trump.

It is my privilege to share this review  with you.

Janice Jarrell’s Love’s Magic reads matter-of-factly, even as deep emotions whiz by. A similar paradox occurs as Jarrell pairs a double-romance with a dreadful theme, that of campus sexual assaults. However, her distance works, creating suspense in the context of charmingly thick-headed couples.

The first pair consists of David, an older, well-loved, tenured professor, and his lover, Nate, a newly-minted professor. In fact, to get Nate hired, David had to battle homophobic Professor Fox, Nate’s Department Chair. David is understandably overprotective of Nate. But this rankles Nate, who is trying to make his own reputation on campus.

One night, Nate successfully prevents an attempted rape, not knowing the target is Professor Fox’s niece. When Nate is stabbed in the rescue, Dr. Fox takes an about-face in their relationship. He asks Nate to stand with him in organizing a campus protest, requesting their university do more to prevent campus assaults.

This puts David in an awkward position, as his friend, the Chancellor, doesn’t want negative publicity for the university. Nate’s tenure could be on the line if he participates in the rally.

Will two relationships, one established, one just blooming, be swept aside by the violence and turmoil of sexual assault, with its sometimes deadly consequences?

The second couple includes Colin, who is campus police. He might be a boisterous, carefree, larger-than-life Irish bachelor in private, but he’s a methodical champion of his student victims. Normally, the university’s Title IX campus liaison has been a thorn in Colin’s side. That person’s job is to neutrally assess both sides of an episode, supposed victim and assailant. Then Collin meets the new liaison; quiet, compassionate, steady Joshua, who challenges Colin to acknowledge his own dark past, and the lack of intimacy it has generated.

Will two relationships, one established, one just blooming, be swept aside by the violence and turmoil of sexual assault, with its sometimes deadly consequences?

I certainly learned a great deal about the issue of campus assault from ‘Love’s Magic’. For example, since universities must treat every student equally, they may have a very nuanced view of accuser and accused. This means their Title IX liaison might perceive an assault differently than campus police, with their tendency to label crimes as perpetrator versus victim.

Likewise, those directly and indirectly affected by crimes can have conflicting needs. One may want justice and the other security.

And assault, which is especially prevalent for the LGBTQ community, often creates long-term difficulties for unprepared families and communities. Their recovery needs are each unique.

Rather than read about the effects of this very important topic in a theoretical manner, Jarrell shows readers, as we follow the lives of four men in these two matches. And she permits us a glimpse into the differences between personality types as well.

In so doing, Jarrell examines the core of love, itself. What are over-dependence, independence and interdependence? How can an individual perceive one behavior as kindness while another experiences it as rejection? Why do those undergoing similar traumas recover with very different reactions and styles?

Rather than read about the effects of this very important topic in a theoretical manner, Jarrell shows readers, as we follow the lives of four men in these two matches. And she permits us a glimpse into the differences between personality types as well.

For all this, the book remains a romance whose couples are often surprised by the strengths and fragility of love. Jarrell creates great tension against which acts of sweetness are starkly satisfying. She takes care to follow her men past where some romances end, so we may understand the lasting implications of crimes and those affected.

Sensitive readers will especially appreciate Love’s Magic. Despite its thoroughness and suspense, the novel is never gruesome. Ms. Jarrell earns my respect and gratitude for her willingness to explore a very complex, critical topic in a detailed, yet entertaining fashion, to bring us decent, interesting men, who struggle to develop delightfully realistic relationships. As it is the first in her Revolutionary Hearts series, we can surely expect an intense follow-up!

Want sneak peeks at new Janice Jarrell projects? How about deleted scenes, alternate endings, early drafts, book release details, and exclusive giveaways?
Join our VIP group, Jan’s Jazzy Jammers, for a behind the scenes look at all of this and more!