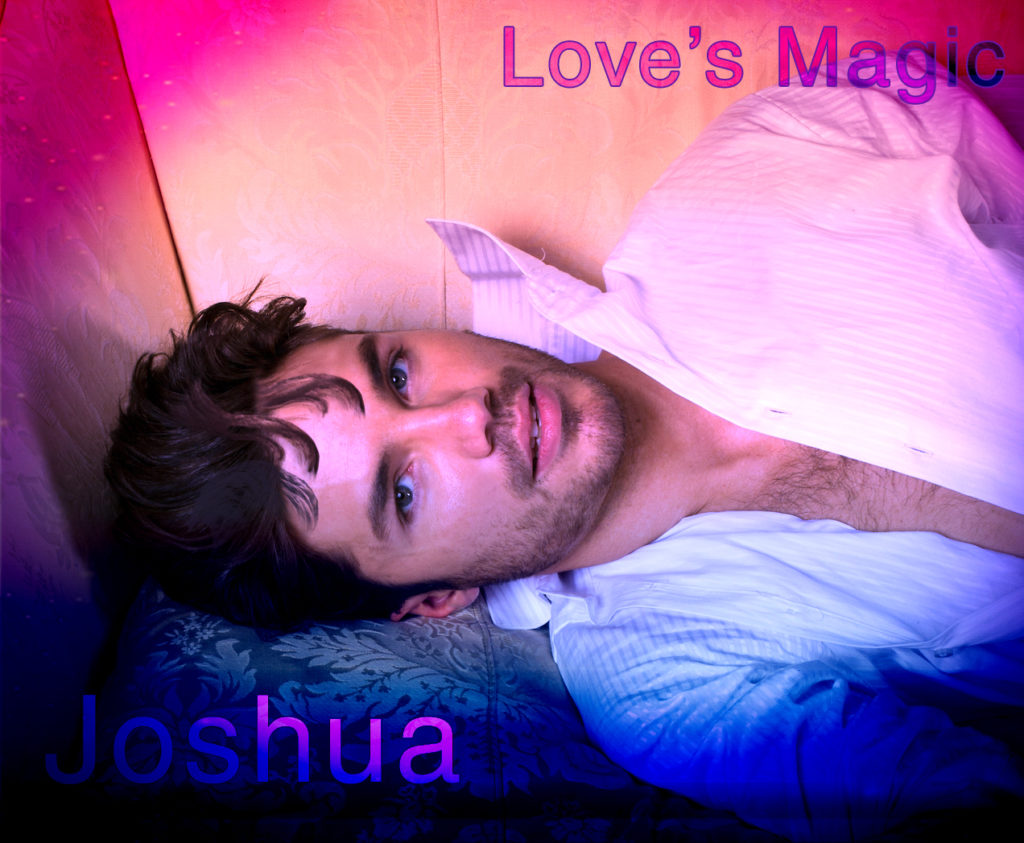 I thought long and hard about Joshua before I ever began to write Love’s Magic. Some things I knew on instinct from the moment the character emerged in my mind. I knew he was lonely. I know he’d been abused in his childhood at the hands of an alcoholic father. I knew he was damaged.

Another man might have turned his wounded spirit on others, returning abuse for abuse, but I knew this wasn’t Joshua’s way. He wanted to be healed, but he also longed to heal others who had been hurt as deeply as he had. I think one reason he fell so hard for Colin was that his empathetic spirit saw the pain and darkness that kept Colin’s heart locked away and untouchable.

No two men could have seemed more opposite in nature. What could a swaggering, cocky, self-assured Irish cop possibly have in common with a soft-spoken, reticent, Jewish Doctor of Psychology? But from the very beginning Joshua sensed something deeper in Colin’s nature, something beyond the fiercely independent, I-don’t-do-relationships attitude. He sensed something noble and deeply committed. He sensed a man on a quest to right a terrible wrong.

He didn’t know what drove Colin, but whatever crisis from the past held him captive, Joshua instinctively knew it was a huge part of what made Colin the man he was. He wasn’t under any illusions about the future. Colin had made it very clear on their first ‘date’ that he made no promises to anyone… ever, and he offered Joshua a clear-cut choice: see me on my terms or don’t see me at all.

Joshua tried to do it Colin’s way. He tried to accept his role as the sometimes friend and occasional bed-partner. But Joshua’s self-awareness had grown in the years since he was a shy, awkward boy struggling to believe in his own value.

What I admired most about Joshua was his determination not to let anything cheapen the love he felt for his charismatic Irish cop, not even Colin. He would not allow the love that meant everything to him to be treated as a short-term sexual liaison, bereft of feeling or intimacy, bereft of meaning. He knew he deserved more. He knew Colin deserved more.

Colin’s refusal to admit love into his heart did more to help Joshua grow past the pain of his abused childhood than anything else in his life. He simply loved Colin too much to demean what he felt for him. He found the strength and courage to walk away even though it broke his heart.

Even as the author, I honestly didn’t expect him to choose that route. But any other decision meant agreeing with Colin that what they shared could be minimized. I hated writing those scenes. It broke my heart because I knew how much Colin needed him. But… I had to trust in what he and Joshua were telling me and let them lead me to where they needed to go. I had to trust that they’d be together again if that’s what was meant to be.

Joshua knew Colin could never care for a man he couldn’t respect and who didn’t respect himself. And, even in the midst of his heartbreak, he discovered a new sense of self-worth that brought healing to himself and to his family. And as he walked the shores of Lake Michigan, remembering the nights he’d shared with his charismatic Irishman, he allowed himself to hope that Colin would one day realize that in leaving Joshua had offered him the greatest and most loving gift his heart could give and, perhaps give Love’s Magic another try.